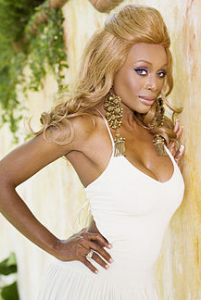 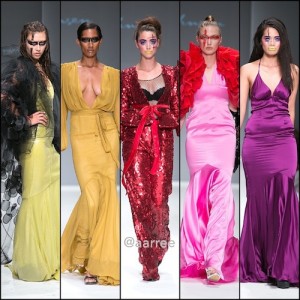 More than the Organza morning coats,  the lace cutout sheer gowns and tulli tops, Coco Johnsen showed progression in this collection . A nod to the future of fashion and vintage inspired looks: joyous and just a little bit twisted, starting with the mask make up looks, jumpsuits and unisex skunk coats.

Coco Johnsen, “I wanted to experiment with this collection and I created a few men’s wear looks for the first time “.

We created vintage style moto jackets for men with embellishment on the sleeve and a unisex skunk coat.

One of my favorite fashion icon’s once said

“Fashion must be the most intoxicating release from the banality of the world,” Diana Vreeland 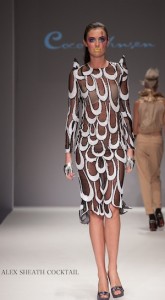 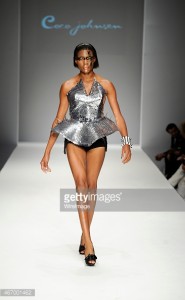 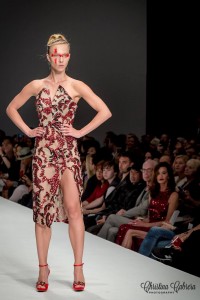 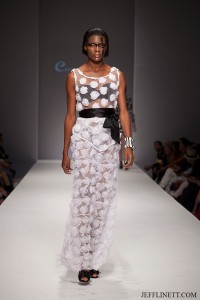 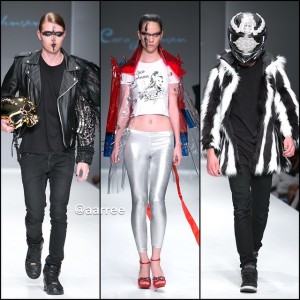 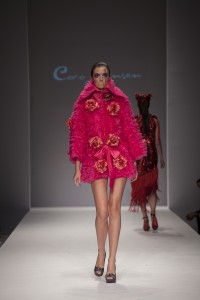 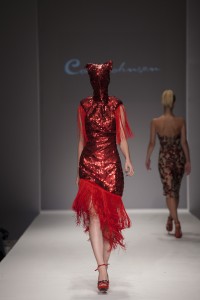