From September 9th – November 9th ’13 at Jack Studios, New York City, supermodel Tyra Banks – FAULT’s Issue 15 Beauty section cover star– will present an exhibition of photographs of herself taken in the style of some of her famous modelling counterparts.  Tyra has once again collaborated with the team that worked on her shoot for FAULT – photographer Udo Spreitzenbarth and creative director Ty-Ron Mayes – to create a series of unretouched, monochramatic images that seek to capture the essence of iconic fellow supermodels – friends, colleagues and competitors alike. 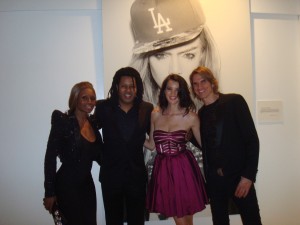